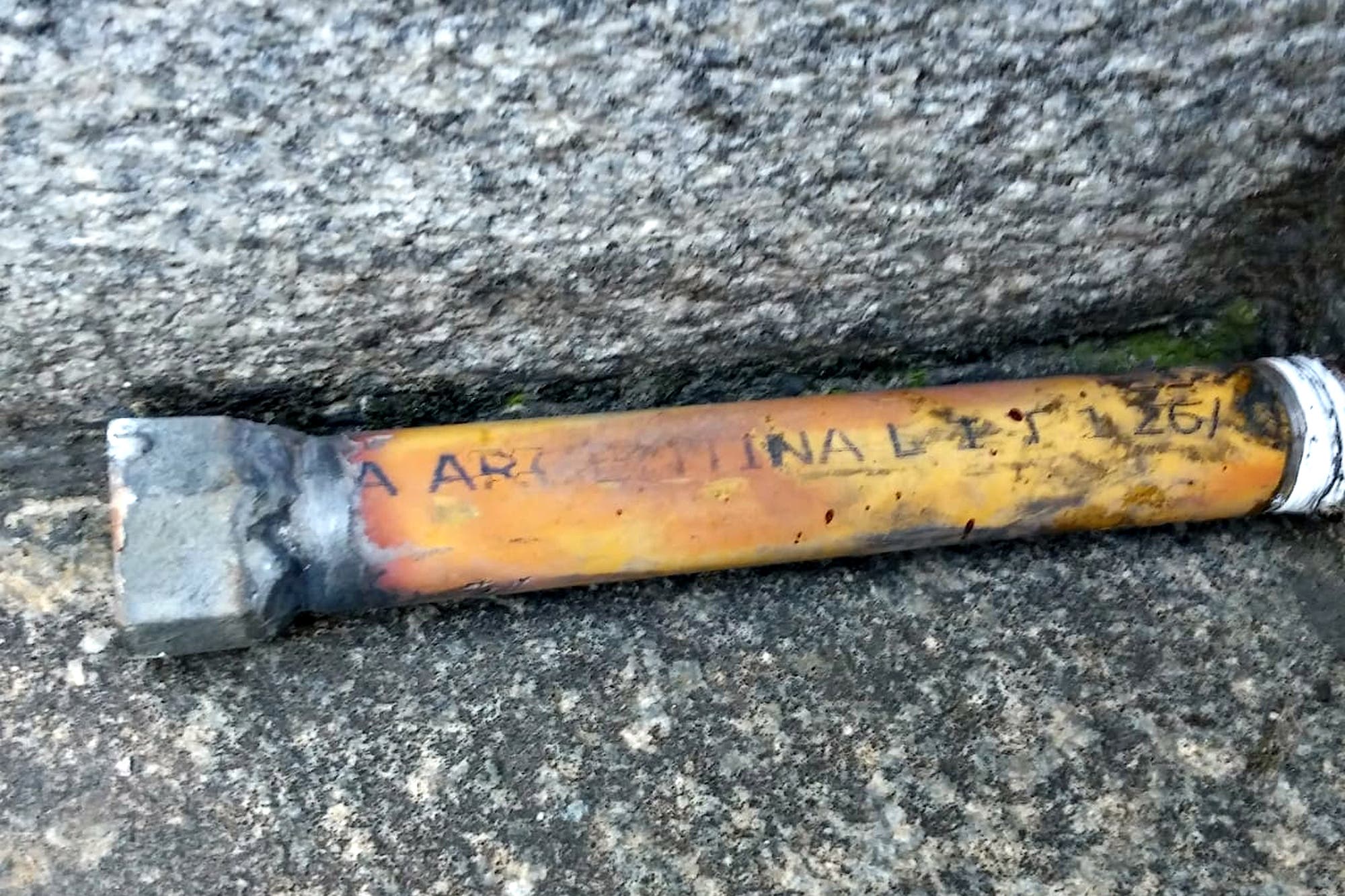 "Simon stands in the fight for all the rebels' anarchists" (SIC), who was eager to leave a detained couple in the cemetery

After a strong explosion.

Inside
In a gruesome attack, police colonel Ramon Lorenzo Falcon, in the 109th anniversary of the anarchist assassination, was wounded in a home-wounded woman when she killed a police chief.

According to police, the blast killed around 18 people, and the emergency response service caught 911 gravestones, probably with gas.

When crossing the property, the police detected Anarchists painting in front of the Falcon Mausoleum, an explosive device and a metal tube that was a product of the explosion, for which they were invited by the Antibiabank Officer.

In addition, a wounded wheelchair wound was found on his face and feet. He was hospitalized with Fernandez.

Soon, the soldiers discovered that the woman and her companion had hidden their clothes.

Alberto Cressenci, SAME Leader, explained that the woman had "lost one of the three phalanges of one hand, burns on the face and upper respiratory tract, and damage the surface and skull, deflagration."

The woman was provided with intensive care, and in the afternoon she was hospitalized with "breathing in the breath, in a very serious condition and life threatening," said Kresenzi.

The Falcon Mausoleum, the first head of the Federal Police and the founder of the Cadets School, is in the center of two statues of the soldier who are distracted and disturbed.

The monument consists of a sphinx with a statue of young Apolloian made of bronze made by Sphinxus and behind it by French Leon Leonards Drivier (1878-1951).

Falcon, born in 1855, was a military officer, a national legislator, and was appointed chief of the police department in Buenos Aires in 1906 and founded the Cadet School, which he named until 2011.

On May 1, 1906, the city trade union held a public demonstration on the occasion of International Workers' Day, and firefighters opened fire on civilians with 120 firefighters at Falcon.

Falcón died as a victim of an assassination of Ukrainian anarchist Simon Raduwicki on November 14, 1909 at the intersection of Quintana and Cleoo.