The "catastrophic fall" in investments is rising 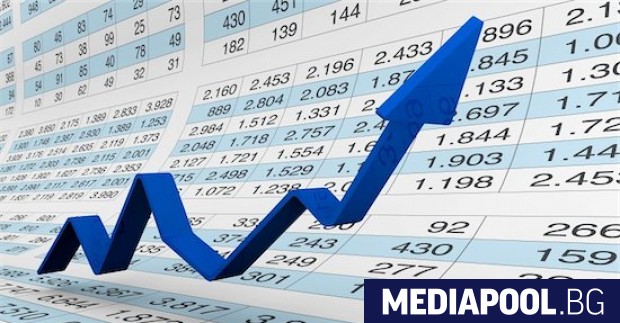 Political breakthroughs have not been fulfilled for this year's tragic collapse, as the recapitalization of the Bulgarian National Bank (BNB) has reversed.

At the end of September, the volume of direct foreign investments (FDI) in Bulgaria amounted to $ 826.4 million. Euro is, according to BNB. It is about € 600 million more than in August 2018, and about 20 million a year ago when the volume of investments was 808.5 million euros.

According to preliminary data, in the first eight months of 2018, foreign direct investment decreased by 71.6% compared to 2017, reaching $ 230.5 million in absolute terms by the end of August.

The revised statistics are mainly attributable to investments in July and August mainly from the Netherlands in the form of reinvested profits and debt instruments in financial, insurance and processing sectors.

Due to the features of the BNB methodology, there is often a significant discrepancy between initial and revised data when calculating investment.

In February of this year, for example, FDI in Bulgaria in January-December 2017 amounted to 901.9 million euros, which is 242 million euros (36.7 percent) more than in 2016. At the same time, in 2017, preliminary central bank statistics will notice a significant decline in foreign investment, reaching 50-60% annually.

The next review of the BNB data has now used political opponents of Prime Minister Boyko Borisov, who threatened "the catastrophic fall of the opposition's investment."

Speaking about the catastrophic decline in investments, the BNB's two-day review reveals foreign investment to 826.4 million by September 2018. I believe it has increased the euro. This year, foreign direct investments have also increased at the level of last year, Borisov wrote on his Facebook profile.

"Since the beginning of 2018, according to the Investment Promotion Act, 19 investment projects have been issued. By the end of the year BGN invested over 700 million and created about 2000 new jobs. we expect that the total number of projects will reach 29, with a planned budget of $ 1.6 billion. BGN investments make it possible to create about 6,000 new jobs, – said the prime minister.

Beyond a steady kakoofone of political commentary on the decline or growth of direct foreign investments, they are relatively low in the long run.

Before the financial crisis, it did not hurt foreign investment, which was bubbling over property and credit markets. In 2007, for example, FDI in Bulgaria has hit 17.7 billion euros, with a sharp decline in foreign investment since 2009, reaching BGN 2 billion to 3 billion pounds a year. In recent years, investments are very low in the context of the Balkan region statistics, according to the analysis of the Bulgarian industrial association.

Was this article helpful to you?

If you support Mediapool.bg, we will continue to rely on independent, professional, and fair information and analytical information.

Subscribe to the top news, analytics, and alerts for daily events. Information bulletin will be sent to your e-mail daily at 18:00.