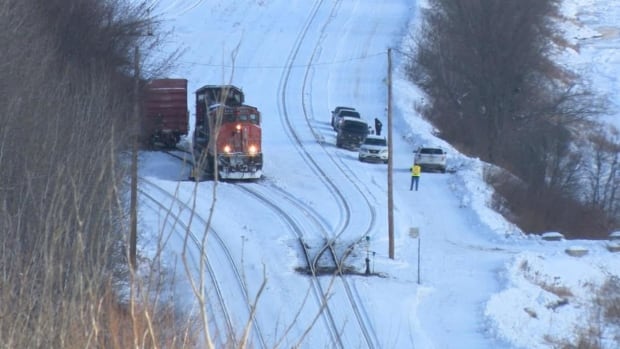 On Tuesday morning, a CN employee who died in a workplace in New York City, northwest of the New Brunswick railway, died.

According to the first signs, a 33-year-old man who was restored at 8:30 am at Edmundston's yard was found dead at 10:30 am, reports Canada Transport and Security Officer Eric Collard.

He was the father of two people.

"I only express my deepest condolences to the families of the victim and to his colleagues," he said.

"Our brother is proud of two people who love their work and who have always talked about it," said Francois Laport, trade union president. "We were astonished and saddened that he was passing by."

In the fifth month after the death of the fifth workplace in the railway industry, deaths were reported. Teamsters Canada, CN and federal officials, said that after the end of the investigation, they would take part in a "wider debate."

"This morning there was a real estate in CN for Edmundston's CN employee," he said. "We express our sincere condolences to the employee's family and community during this tragic event."

Collard's security chief investigators have hoped to be on the scene soon.

He could not provide the floor and age of the victim, and the Department tried to confirm the past.

Passenger train collided with railway workers because it slowed down on November 23 at Train Station, NS.

Both Truro police assisted the victim with first-hand saving.