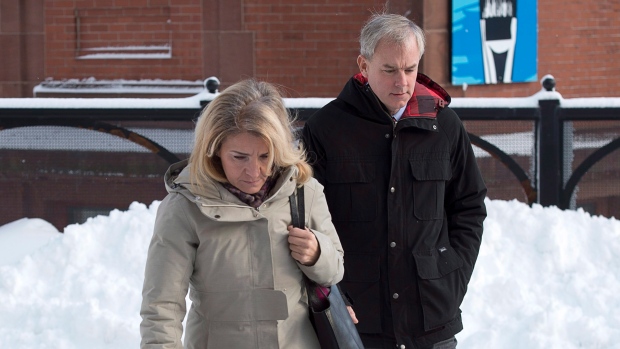 SAN-ZONN, NB – Multimillionaire businessman Richard Oland died in "evil" and his only son, Dennis, committed a crime, the prosecutor in his opening remarks on Wednesday.

The Royal Prosecutor Jill Kne complained to Dennis on July 6, 2011 that Dennis supports the evidence of Olland's father's murder.

On Tuesday, a complaint was filed on Tuesday and the jury was dismissed until any evidence was presented.

Judge Trends Morrison of the Court of Justice ruled that the judges' innocent police officer was guilty of forging a future jury decision and finding the only just judgment of the judge.

On July 6, 2011, Dennis announced that Olland had been living out of his money and had been heavily indebted to his father.

He was the last person to see Richard the Great.

She said that she was guilty of a crime by Richard Oland 45 times, mostly in the beginning, with no gunshot wounds.

The next morning, the body of a bloody businessman's body was smashed into his bloodstream.

The only thing he could get from his office was his cell phone, which he soon dropped off from his mobile tower in Rocksay after Dennis left Oland's father's office.

The second conviction was sent to Holland for a second term, and his conviction for 2015 was abolished in appeal and a new court sentence was passed.