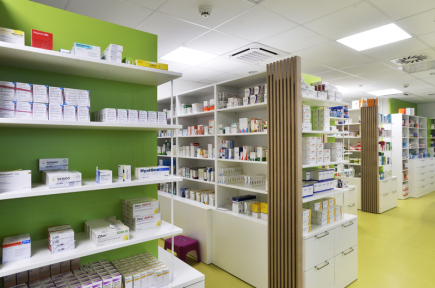 Prague – experts say 90 people die annually due to infections caused by antibiotics-resistant bacteria. According to the polls, half of doctors in hospitals write antibiotics badly, some of them being misused. Today's information was delivered at the press conference of the European antibiotic week. Czechs collect about 15 million antibiotics a year.

"According to the State Drug Control Institute, doctors often choose a wide range of antibiotics, patients are exposed to adverse effects and increase the resistance of antibiotics," said Mikhal Preekes, a member of the Central Antibiotics Coordination Group. Experts say that in contrast to other countries, doctors have no feedback in case of proper antibiotics administration.

The main problem is the resistance of antibiotics to treatment of bacteria in hospitals. According to the Head of the National Reference Laboratory for Antibiotics Elena Cemilchkova, up to three quarters of bacteria in the treatment facilities are resistant. Over the past decade, the number of these infections has doubled. According to the proxies, in the year 2015, 486 people died in the Czech Republic due to these infections.

According to Michal Troyac of the Department of Infectious Diseases, Institute of post-graduate medical education, 20 to 50 percent of antibiotics in hospitals are currently poorly written. "The main problem is that physicians do not treat antibiotics as essential medicines," he said. It affects living microorganisms, which are very dynamic. If antibiotics can not only eliminate some bacteria, only resistance genes are spreading.

According to a survey by the Czech Chamber of Pharmacy in the ninth week of the European antibiotic week, 11 percent of adults do not take antibiotics in the prescribed time and store antibiotics that are not applicable to each tenth of their potential needs. One fifth of parents believe that antibiotics in children are likely to accelerate the recovery from cold drinks, and a quarter of them believe that only the regimen offers only a cold regimen, unless the doctor prescribes a cold preparation.