The artist Kačo wrote to Prague with the Moravian factory 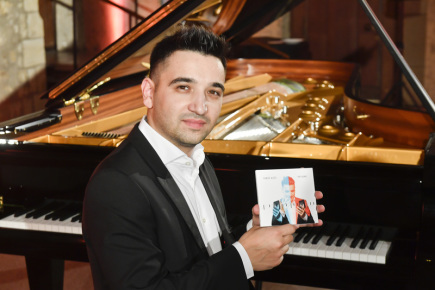 Prague – Tomáš Kacho, in Prague, today announced a Moravian plant with his debut CD called My Home at a concert in Prague's Aegean Temple. The performance was part of a series of piano concerts called resonance hybrids. The concert was quickly sold and the organizers added another one on Tuesday. Ondřej Gregor Brzobohathi and his wife Tataana became the father of the writing.

Twelve graduates of Boston Music School Bachole Music School, Janachek Conservatory in Ostrava, Prague's AUCA and the prestigious Berkeley Music School in Boston come. At the age of five, his father brought him to music. In an interview with the Czech radio, Kako remembers the "doriatic, old, half-paired piano player" at home.

"My goal is to miss a romance or a Czech pianist for some time," says Kacho.

"Do not burn, buy and listen," said Bjobokati. Later, she performed Nedved's fraudulent song on Kachova's escort. "Tomas has no musical or other prejudices," says Kačov, a singer with the album. 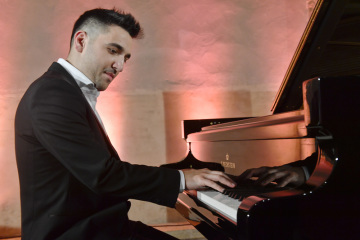 "My goal is to gather a collection of heartbreaking songs, each of which has a special meaning for me that reminds me of my memories and brings home feeling," says Kacho. At the concert, he presented the guests to the founder of this recording, where guests, as well as the Kuz Choir and Bassist John Patitoucci presented "Grammy" as guests outside the bout.

After the letter, Beata Hlavenková will take part in Anežské klášter on March 4. Resonance cycle will be continued on April 8 with a concert by John Bartosch. Ivo Kakhanek's resonance cycle will be designed and works of Johann Sebastian Bach, Miroslav Kabelace, Leos Janotsek and Ludwig van Beethoven will be presented in the interpretation of piano works in the world.

The concert series of Resonance Resonators consists of the popular cycle biennial Saleem Ashkara Beethoven's residency cycle. It was prepared jointly by B. Becket with the National Gallery of Prague.