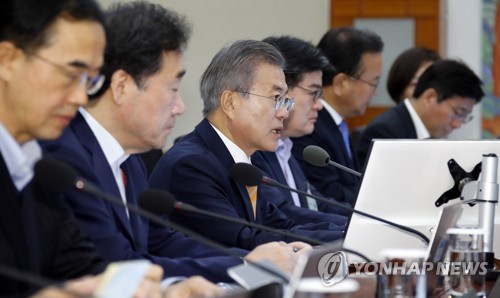 «Making changes and additions to the realistic view of the population»

President Ai-je ordered the revision of the national pension reform draft prepared by the Ministry of Health and the Ministry of Welfare on March 7: "They can be widely and honestly reflected in the public opinion."

In a letter to journalists on behalf of Kim Jong-dai Day's spokesman, President Mohammed gave instructions to the Minister of Health,

Kim: "The Ministry of Health and Social Welfare prepares a government proposal that fully reflects the views of the public, and comments on the public through the press conference and public hearings and hand over the Government's proposal to the National Assembly."