Ukmer who was not registered with influenza Local Area 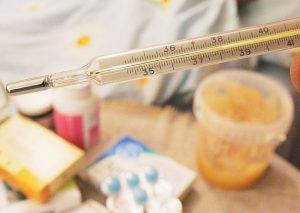 Doctors of Infectious Diseases and AIDS Center (ULAC) reported last week that all influenza and acute respiratory infections (LTI) had risen in Lithuania.

Last week, three children and one adult were hospitalized in Lithuania as a result of the flu.

During the 44th week of this year (from October 29 to November 4), the overall frequency of exacerbation of Lithuanian and HBV infection rate was 49.9 thousand and 10 thousand. population.

In the district of Ukmermen, 45th week of the year, only one cold water was observed in medical institutions. u acute upper respiratory infections. The number of patients is 10 thousand people. the population reached 53.19. The preceding 44 week week was even smaller – 42.72 av.10 / 10 thousand. population. Hospital-related illness is not hospitalized.