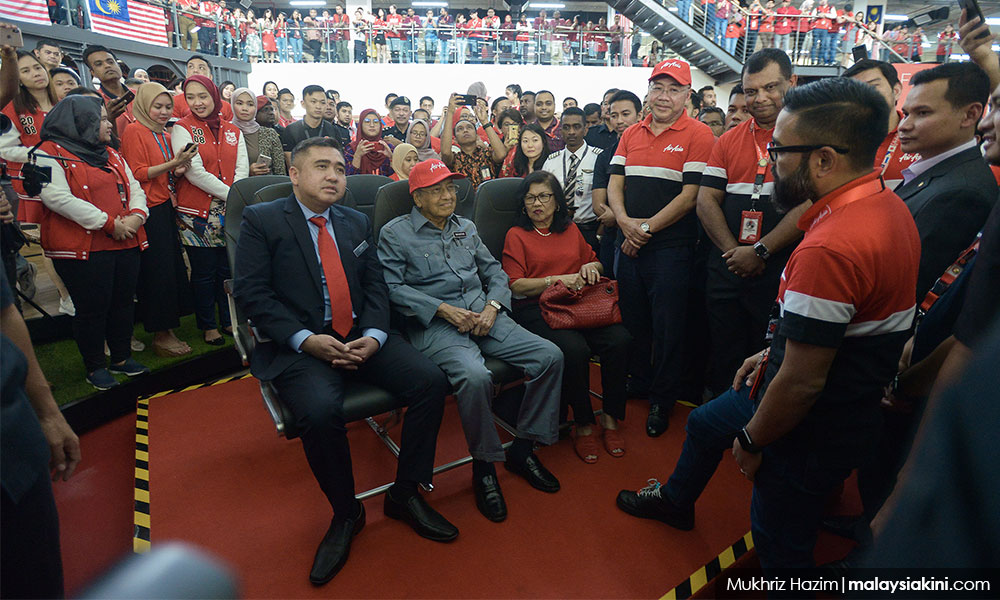 The report by the daily quoted Mahathir as saying that the cabinet "did not say anything" when it came to major decisions by the government.

This led to Warisan's Darell Leiking issuing a statement denying such a claim and pointing out that the prime minister and other cabinet members should know that he and other Sabah ministers had been vocal.

Liew, in a statement, provided footage of the original interview showing that the prime minister had been really misrepresented by the story.

The interview shows that the prime minister is being asked. The representative asked a multi-part question ending, "The Sabah government leaders were not very happy that they were not consulted on several issues, namely, the departure levy tax, and the appointment of the UMS vice-chancellor. are your comments about that? "

The prime minister then responded: "Well, the Sabah government did not say anything to us, only you said it, but I still want to believe you."

Liew (above) points out that no place in the response Mahathir say the Sabah ministers were not vocal about these issues.

He said that Mahathir never said, "mentioned that my Sabahan colleagues and I (Liew) had never raised our concerns in the cabinet, such as the departure levy, the appointment of the new UMS vice-chancellor and introductory Jawi in primary schools next year. "

Liew went on to say, "I am deeply disturbed by this news reporting. "

"As ministers for all of our cabinet colleagues, we have to work out the best of our abilities, to rebuild our nation, pushing for institutional reform and addressing nationwide social and economic inequality, and eradicate corruption, said Liew.