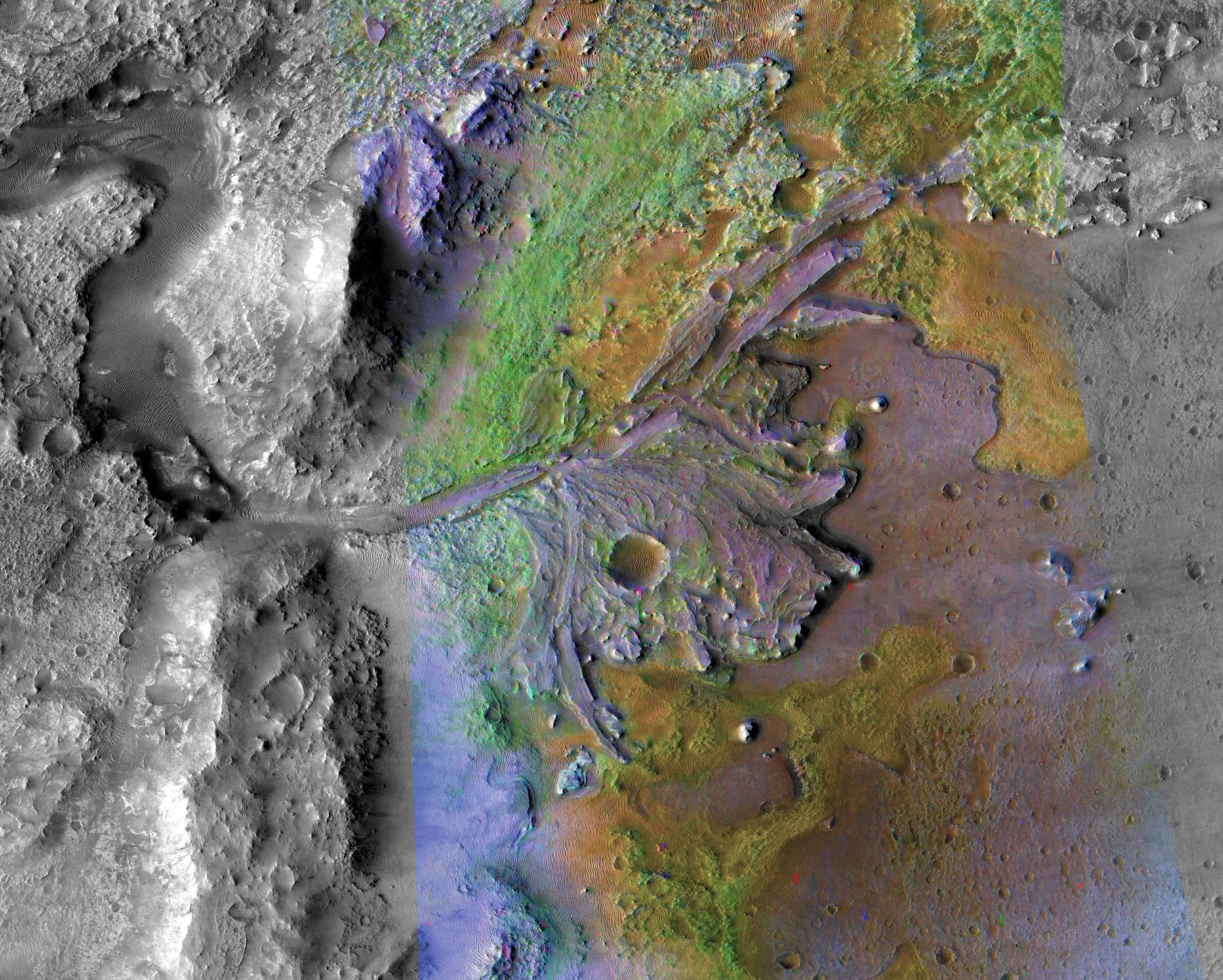 NASA chose the old delta for a Mars-2020 shipbuilder to search for survivors of the red planet.

Although Mars is dry and dry now, the site of the selected site is Jozaro Crater, a 500 m deep lake basin, which has been discovered 3,500-3,9 million years ago in the rivers.

"Delta is a good place to prove that this lake has survived and sustained billions of years of existence," Ken Farley, a scientist from the Mars Lab 2020 project, told reporters. Jet Propulsion, during conference call.

Experts estimate that a 45-kilometer water pool could collect and store ancient organic molecules and other potential signs of microbial life.

According to the Space Agency, at the crater in the north of the Martian Equator there are at least five different types of rock, including clays and carbonates with a high potential to preserve the traces of past life.

Scientists have discussed where to move the robot over the last four years, after estimating more than 60 potential sites.

The Mars-2020 spacecraft launched in July 2020, the joint project of the European Space Agency and NASA with a value of $ 2.5 billion will hit Mars in February 2021.

The rotor is designed to penetrate the crater and collect the Earth returns for 2020, probably for later analysis. First, avoid the coast of rocks, sand dunes, and delta, without pouring on the surface of the vehicle.

Mars will use the same type of planting that successfully landed on NASA Curiosity's non-flying vehicle in the Galle crater of the Red Planet in the year 2020.

The Gale craters are selected to talk about how many Mars deposits are frozen and dusted from a warm and wet planet with many sedimentary layers.

Earlier Krater's landfall differs from that of carbonate rocks and is expected to be able to share their past life on Mars.

Instead of having an analytical laboratory on board, Curiosity is designed to look at the biosystems that are crucial to the Mars Rockies -2020.

Then he collects them in the room and returns the stones to the Earth to further explore a separate mission that is still to be determined.