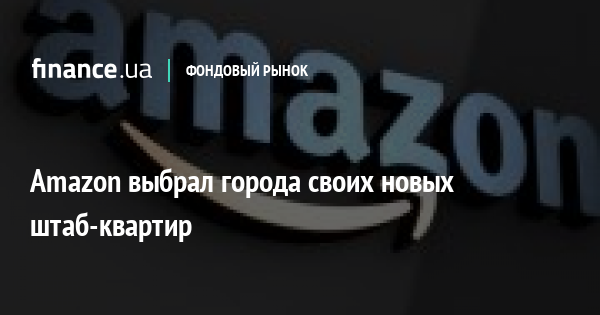 According to their source, the Amazon has a choice of New York City's Long Island and Crystal City in Arlington, Virginia, both of which are centers of major cities – New York and Washington (DC).

Long Island City is the largest New York area, where more than 16,000 new homes have been built since 2006.

The office and residential area in the 60's in Crystal City is located in the second house of the Jeff Bezos in Amazon.

Amazon has begun to look for a new headquarters in September 2017. Initially, 238 cities were considered. In January this year, the company has published a list of 20 final cities.

A week ago, Amazon announced that it will distribute the new staff and will be located in two cities, as it will be easier to attract qualified professionals. Thus, each new headquarters employs 25,000 people.