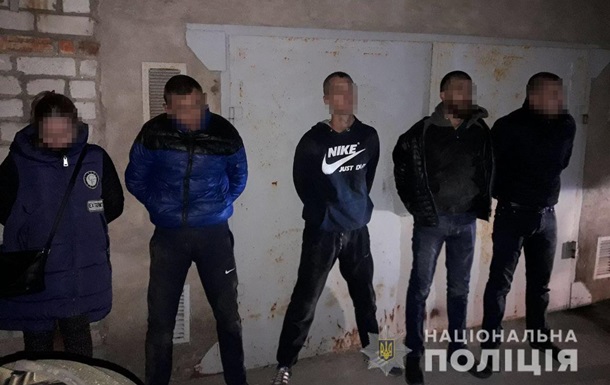 In the theft law enforcement officers were the girls who were suspected of theft. All detainees are between 25 and 28 years old.

On November 9, police detained a group of five people who robbed and robbed ATMs in Nikolaev on Friday night. Girls entered the group of criminals, the press service of the regional police reports.

The ATM located outside the building, near the beauty salon, was alarmed by a powerful explosion. Police and special forces began looking for five battles that were forced to flee the car.

Militiamen detained the criminals in the garage in the near future for half an hour.

"All members of an organized criminal group are local residents aged 25-28, who were previously convicted for various crimes, a 26-year-old immigrant from the Caucasus region stole."

After the detention, the police detected cache and detainees' vehicles and detained the means of crime: a cutter, a gas cylinder and a cash. An explosive device is being used by criminals.

The law enforcement agencies also reported that the attackers documented the illegal acts of the attackers for a while and according to available information, in the state of the various regions, the thieves planning to steal.

Criminals shall be sentenced to imprisonment for the term of seven to twelve years with confiscation of property. The criminals are suspected of committing theft, including a number of other crimes, from a number of ATMs and cigarette launchers. The investigation is ongoing.

Remind that, on November 1, an ATM in Kharkov blasted and robbed. The attackers used an explosive device.