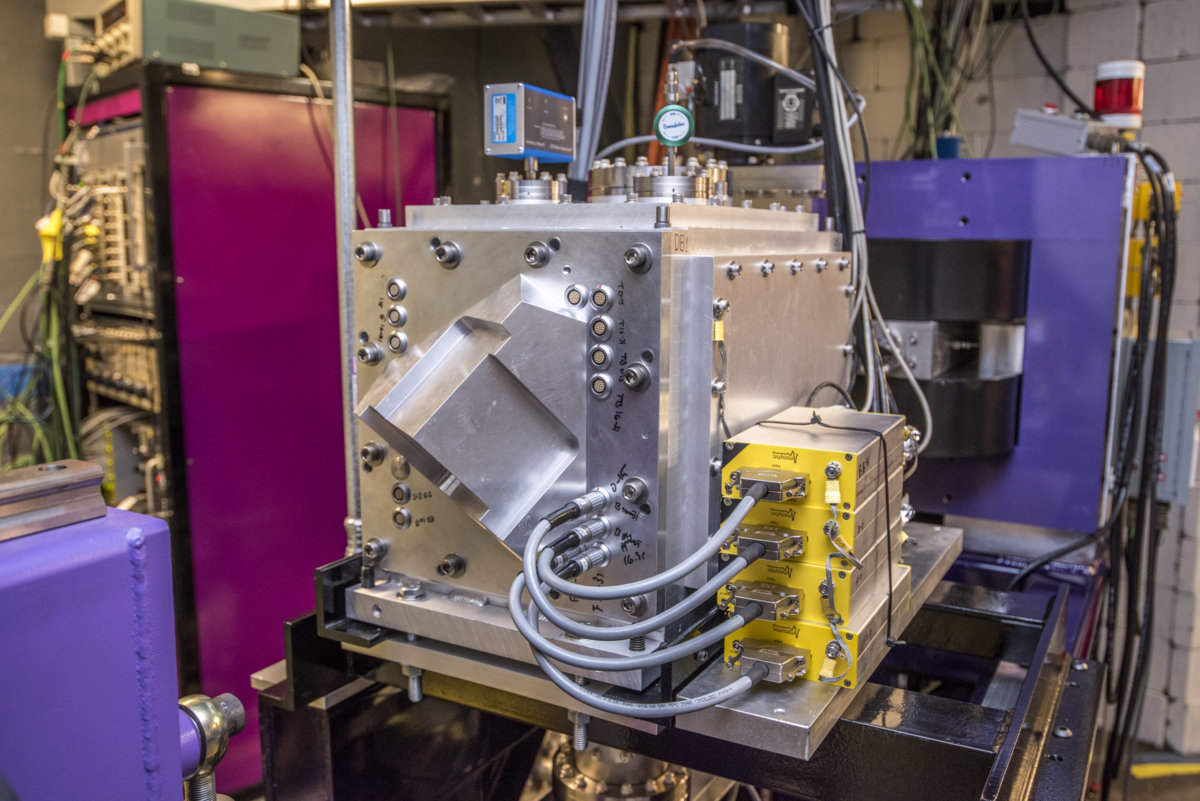 A group of nuclear physicists at the Lorenz Berkley National Laboratory (Berkeley Laboratory) Department of Energy reported that bulk quantities were measured directly for the two superhuman element nuclei: 115, which is the element of moscovium and nihonium.

They received the results obtained by FIONA, a new tool for Berkeley labs to solve nuclear and atomic properties of the heaviest elements. The results are published on November 28 Physical Review Letters magazine.

FIONA – the total number of protons and neutrons in the nucleus of the atom is the acronym of "Nuclide A" with "A", which represents the scientific symbol for the mass of the element. Protons are positively charged and also known as the number of protons in the atom; neutrons have neutral neutrons. Supernovae elements – this is a higher atomic number than the creatures and elements in the universe.

Collecting and approving these initial FIONA data was the first priority for Lab's 88-Inch Cyclotron and Nuclear Science Division after handing over the FIONA completed in early 2018. The cyclotron staff spent five weeks to conduct the first experimental version of FIONA.

"It is very interesting to see Fiona coming online because it is important to reduce the mass of very important elements," says Barbara Jak, Director of the Nuclear Science Division. "Until now, massive tasks have been made, not by direct measurement, but by generalized evidence."

According to Gates, the Argonne National Laboratory and Japan's nuclear programs, along with people who use massively measuring dark elements using a little different means or tools, are of global interest.

Roderick Clark, Senior Research Fellow at the Berkeley Laboratory, says: "In this great race all together gather, that can open all kinds of physics of heavy and super-heavy specimens", as well as new studies of the structure and the chemistry of these exotic elements a deep understanding of

"If we measure the mass of one of these superficial elements, you can shake the entire region," Clark said.

A new chapter in the study of a heavy element

The accuracy of nuclear mass samples is based on the mass number and atomic number (or "Z") of the total number of protons on the rare earth elements in the nucleus of the atom. For example, it's important to have a reliable way of measuring these numbers with experiments if there is a problem with the models, "said Senior Researcher Ken Gregoric, who recently retired from the Nuclear Science Department of Berkeley Laboratory, working closely with Gates for the creation and launch of Fiona.

For example, supernormal elements may have an unexpected nuclear form or density of protons and neutrons that are not considered in the models.

Berkeley Laboratory has made a great contribution to the study of heavy elements: Laboratory scientists have been based on synthetic synthase and synthesis of nepthnium in 1940 when 16 elements in the periodic table were discovered, providing hundreds of isotopic identification. Isotopes are the same number of protons, but the number of neutrons in their nuclei is different.

FIONA (see relevant article) Berkeley is supplemental to Gas Separate Separator (BGS). For decades, BGS has separated heavier elements from other types of charged particles that can act as unwanted "noise" in experiments. FIONA is designed to capture and cool individual atoms, divide them into mass and charge properties, and deliver them to an inert detector station up to 20 milliseconds or 20 seconds.

One atom in one day

Gregoric: "We can make, receive, or accept one atom per day," Gregoric said. In its early operation, Fiona was given a special task to hold separate muscovite atoms. "We have about 14 per cent capacity to capture each atom," he said. Thus, the researchers are expecting to measure the Muscovite mass number every week.

Moscovium The United States-Russia Joint Group, which includes scientists from the National Laboratory of Lorenz Livermore in Russia, was set up in 2015, and the discovery of nichonium in Japan in 2004 was included in the team. Elements names have been approved in 2016.

Scientists in the 88-inch cyclotron were born in 1944 by Berkeley's Glenn T. Beam beam of rare isotopic calcium-48 particle bombardment, consisting of isotopes of the element found by Zeeborg and others. The required half-gram was provided by the calcium-48 DOE Isotope Program.

Since the bicycle moves forward, FIONA has a unique cyclical signature for each atom. This cyclic behavior trajectory depends on the atomic "mass-charge" ratio, the time and place of the energy signal measured by the detector in mass numbers.

Ideally, the measurements include a few steps in the particle decay sequence: the Moscovium half is about milliseconds, approximately 160 milliseconds, that can break into another element called the "girl" element in the circuit that breaks down to 50 percent. The capture of its energy signature in a few steps in the decay sequence can confirm that the primary atom is starting this cascade.

"For many years, we have been trying to establish a massive number and a number of protons," said Paul Fallon, Senior Research Fellow at Berkeley Labs Nuclear Science. The sensitivity of the detector is constantly improving because it is capable of isolating individual atoms from other noise. "Now we have the first final criteria."

Confirming the numbers of elements 113 and 115

In the first scientific study of FYNA, researchers have identified one muscovite atom and its associated decayed daughter, and one nihonium atom and decaying daughter. The dimensions of the atoms and disintegration chains prove the predicted mass of two elements.

"The success of these first measurements makes a great impression," says Jennifer Pore, Fiona's start-up experience. "FIONA's incredible capabilities have led to a new impetus for the most important element in the 88-inch cyclotron."

Gregorian pointed out the efforts of 88-inch cyclotrons, including mechanical, electrical, operating and control systems, to maximize FIONA's experimental time in his first five-month research.

He pointed out the exceptional contribution of former project scientist Greg Pang, who participated in other BGS and FIONA members, including Fiona's construction and testing; Jeff Kvarich, Postgraduate, Ph.D. The thesis focuses on the results of FIONA; and Nick Essex, a former post graduate student, Ph.D. A FIONA-based mass separation technique.

Plans for new dimensions and "SHEDevil"

Fallon said in the next half of the year that another study was planned for Fiona, during which nuclear physics researchers could conduct a new measurement roulette for Muscovy and Nixon dimensions or other superficial elements.

There are also plans to install and test a new tool called "SHEDevil" (Super Heavy Element Detector for Static Stats), which helps scientists to explore the type of nucleus of rare atoms by detecting gamma rays at degradation. These gamma rays give information about the location of neutrons and protons in the nucleus.